The demand for property in Ahmedabad held mainly because of the interest from investors and non-resident Indians. The western side of the Sabarmati has all the educational institutions, shopping malls, and the new central business districts while the eastern side has the old city, the Railway station, and the post office. The city has long been a center for the pharmaceutical, chemical and textile industries.

The Vibrant Gujarat Summit earlier this year has highlighted the benefits of investing in Gujarat, particularly in Ahmedabad. Ahmedabad is especially a good bet for a number of reasons. The main reason for investing in property in Ahmedabad would be that the economic activity, in the capital of the Prime Minister’s home state, is picking up, which would have an overall cascading effect. The trickle-down benefit on the real estate market is that there would be a requirement for more housing space. According to new research, the Indian economy is likely to grow at about 6.5% in the next fiscal. This is backed by parallel industrial growth which will result in more jobs and employment opportunities.

The forecasting gurus have predicted a better run for the real estate sector this fiscal. Another game-changer in the realty market will be the Ahmedabad metro. According to research, the people who are likely to invest near good public transportation nodes are from the middle class and easy commuting to work is on top of their bucket list.

Real estate development along the routes is also likely to increase, especially on the vacant land nearby. Housing projects are coming up in areas such as Gota, Vaishnodevi, Shela, South Bopal, and also within a three-to-six km radius. The paucity of land and the increasing square foot cost of buildings in posh localities have made multi-storied apartments the answer.

The prime areas within the city are Shahibaug, Bodakdev, Satellite, Vastrapur, Thaltej, Prahladnagar, Maninagar. Ahmedabad is also a favored investment destination for non-resident Indians (NRIs). According to a survey done by Assocham, an industry body, NRI investment into property in Ahmedabad is expected to increase by 32% this year.

The survey forecasts a 35% surge in realty investments all over India from NRIs, further states that NRIs consider Ahmedabad a very stable market, especially in regard to the absorption and demand of both commercial and residential property. The NRI investments are expected to come largely from the US, UK, Singapore, Canada, the United Arab Emirates, and South Africa; all places which have a large Gujarati Diaspora. Buy property in Ahmedabad

Login required for member only features. 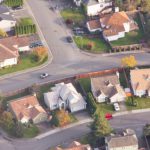